To commemorate the 50th Anniversary this week of the Baldwin Hills Flood and Dam Break of December 14, 1963, Steve Close has been kind enough to share his recollections of the Flood. Steve grew up in Baldwin Hills Village, living here from 1943 until 1960. In recent years, he has helped with research and has shared his wonderful photographs of his family living in the Village. Here is his story...

In December of 1963, I had recently gotten a job as a janitor at the Rodeo Bowl on Rodeo Road. The Saturday the dam broke, a radio could be heard over the PA system.  Announcements were coming through before noon, indicating the Baldwin Hills reservoir dam was cracked and they were trying to pump out the water and evacuate the neighborhoods below the dam.

I didn't think that much of it. I'd seen the reservoir and dam and didn't think it really contained all that much water. Plus, it seemed as though they were working on getting it under control. Who'd think the thing would actually give way?

Sometime before 4pm I heard the desk manager ask for all patrons to come to the desk. His voice was calm, but his face had turned pale. Folks began to gather and he presently announced that the dam had broken and there was water in the street outside. He said there was no reason to panic and that it would be best to stay in the building.

I was the first one to look out the front door to see what was going on. I was stunned to see several feet of muddy, roiling brown water and debris flowing west on Rodeo Road. And about that time the water began to come in under the door of the bowling alley. Damn, and I had just cleaned the floor! I was skeptical about remaining in the building as I had visions of water filling the building up to the ceiling and eventually drowning.

I hurried over to the west side exit of the building that opened on La Cienega, where I saw that the water was rising and making its way north on La Cienega. There was a traffic jam as vehicles tried to move north on La Cienega away from the flood. But the cars were stuck. I remember being glad to be on foot!

Some people began to desperately (and futilely) honk their horns to get the cars ahead to move, but of course they couldn't move either. As the water rose to door level, one driver panicked and gunned his car into the car ahead, out of desperation and terror.

I was living a couple of blocks north with my friend Jim Otto and his family at 5627 Bowesfield, which was on higher ground. I was concerned though that the water would eventually make its way there and drown the Otto’s dog Candice, a Basenji. I ran there about as fast as the water was moving. When I got there about five minutes later the street had perhaps 3 feet of water in it, and was already almost up to the porch, but the house was still dry. I checked the back yard for Candice, but she was gone. Someone had already rescued the dog.

At the time I was into surfing and had a Dewey Weber surfboard in the garage. I thought it would be a great to paddle it around the neighborhood to see what was going on, so I got it out and began paddling towards the dam.

The water level seemed to be stabilizing, so I began to believe the worst was over. I was heading south on Clyde Street towards Rodeo road when I saw an elderly man clinging to a light post in a current of muddy water about waist deep. I paddled over and hesitantly offered assistance.

I took just a few minutes to get there and I paddled him up his driveway where he could finally get off on dry ground or shallow water and walk into his home. His wife was so happy to see him.

As the water receded I paddled back to Otto’s to drop the board, put on some rubber boots and picked my way through deep mud towards Rodeo Road, turning east to survey the damage. It was unbelievable. For one thing, I didn't see anyone else out there. No rescue people, no sightseers, no one. I saw cars overturned and leaning at odd angles. I looked into a few, dreading to see drowning victims, but fortunately, I found no bodies.

I made my way to the Village Green to make a foot survey. I didn’t see anyone amid the widespread destruction there either.

The days were short and it was beginning to get dark, so by 5pm I finally went home.

Later, Jim Otto and I got a job cleaning up one of the luxury apartments in the Village Green that had once been part of the old Clubhouse. Though we were two young guys in good shape, after the first twelve hour day of shoveling mud we were so sore we were all but useless the next day, only lasting a few more hours. We shoveled so much mud out of there. 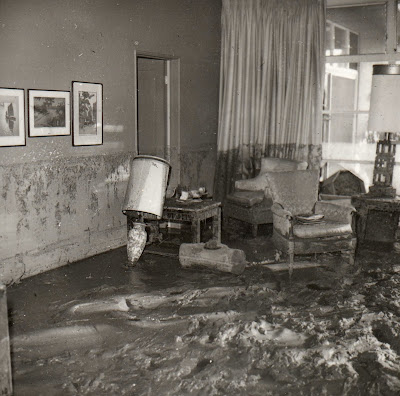 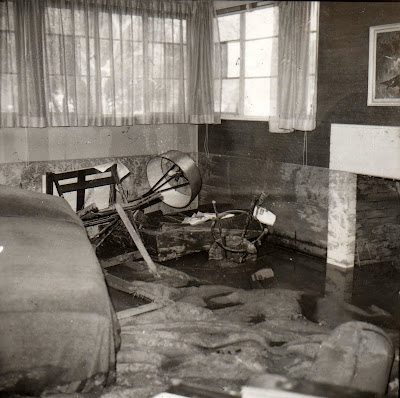 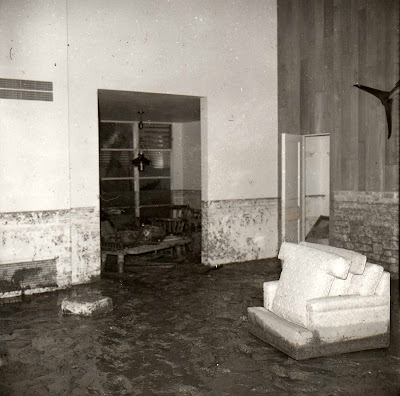 Some homes in the path of the flood were stripped off their foundations. I understand some of the two story buildings in the Village had water clear to the roof. Though there were ultimately 5 fatalities, it was miraculous that casualties were so low considering the devastation the flood wreaked. Because of a fortunate advanced warning, most people in harm’s way successfully evacuated. I don't think I ever went back to the bowling alley. I didn't even care about my last paycheck. 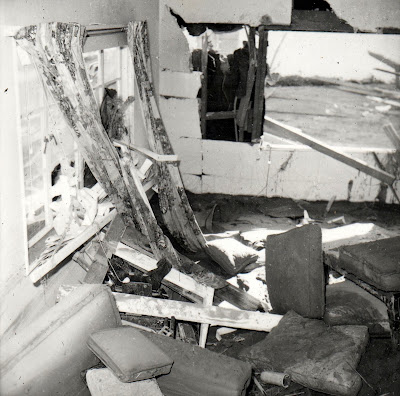 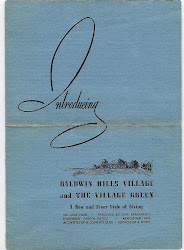 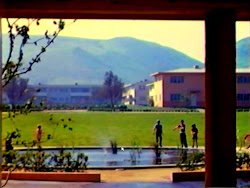 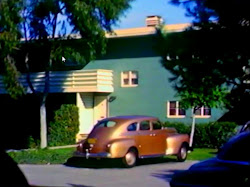 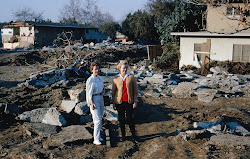 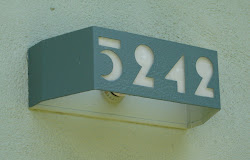